Bakker Barendrecht in the Netherlands currently has five YT tractors, both diesel and electric models, to handle trailers. They recently received a new generation YT-203EV electric tractor for testing.

Driver Faisal Alihoesen and fleet manager Martijn Donker commented that they like the improvements, such as the intuitive fingertip controls by the seat, increased space between the tractor and the trailer, improved cabin suspension and increased space in the cabin. They also noted that the regenerative breaking is an improvement compared to the previous generation of EV.

About Bakker Barendrecht
Bakker Barendrecht has a need for electric tractors to improve efficiency and sustainability and to make drivers' work safer and easier. Bakker is a large supplier of fresh fruit and vegetables. They work with a dedicated global network of growers to supply leading supermarkets such as Albert Heijn (the Netherlands), Delhaize (Belgium and Luxembourg) and Albert (Czech Republic) from their distribution centres in these countries. 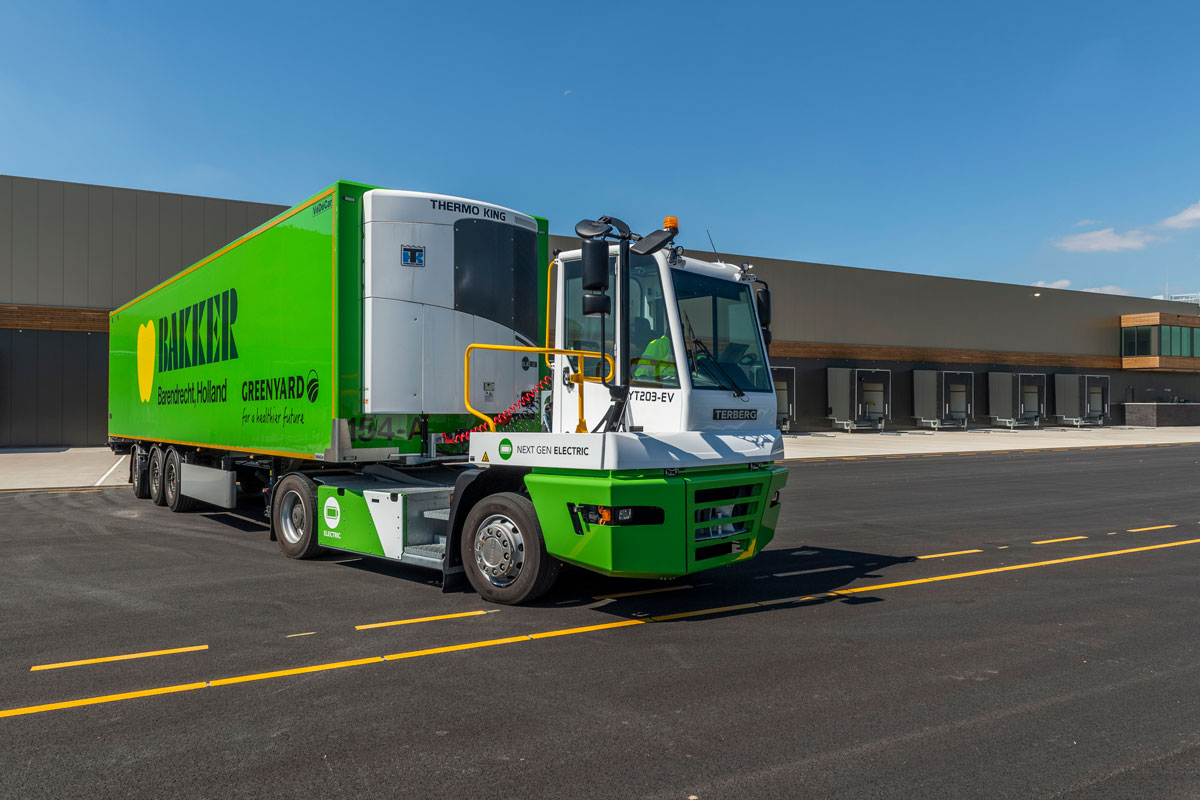