In January a Terberg YT203EV Drive By Wire terminal tractor, fitted with EasyMile autonomous driving system, was setup and tested with support of Solid Port Solutions at the Lineage Logistics (formerly known as Kloosterboer) terminal in Vlissingen, the Netherlands.

The test is part of the Living Lab Autonomous Transport Zeeland project, which aims to develop an innovative horizontal transport solution in which an autonomous tractor (i.e. driverless) can drive safely in a mixed traffic container terminal.

The route was mapped into the software and communication was established between the terminal systems and the vehicle. The terminal tractor successfully undertook basic maneuvers in a mixed traffic terminal environment - completing a key project milestone. In April this year the tractor will return to Vlissingen for further practical tests.

The Living Lab Autonomous Transport project is supported by the European Fund for Regional Development, the Dutch government, and the Province of Zeeland, in the framework of OPZuid regional development programme. 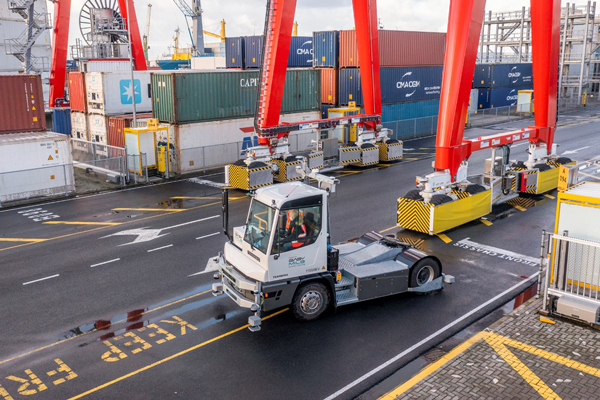