N.C. Nielsen, Terberg's distributor in Denmark, recently supplied a TT223 CC container carrier with hook lift to the municipality of Vejle. The vehicle is used to handle large waste containers at a busy recycling site.

Because of its operational efficiency the Terberg Container Carrier can replace the two conventional trucks previously used.

Vejle is a leader in effective environmental management, and biomass gathered at the site is used to produce biofuel which helps run the municipality's refuse collection vehicles.

Nielsen initially provided a Terberg container carrier under a one year rental contract. This test was so successful that the municipality decided to buy a TT223 CC, supported by an on-site maintenance contract. 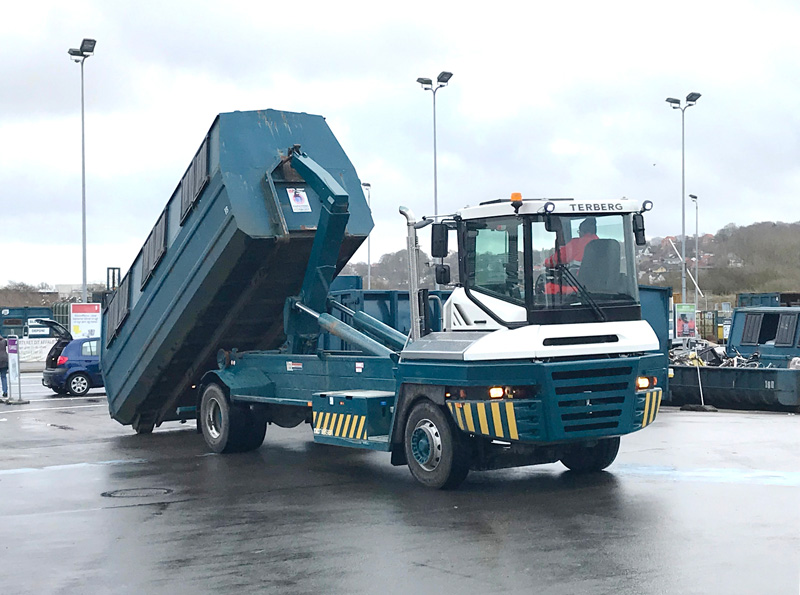