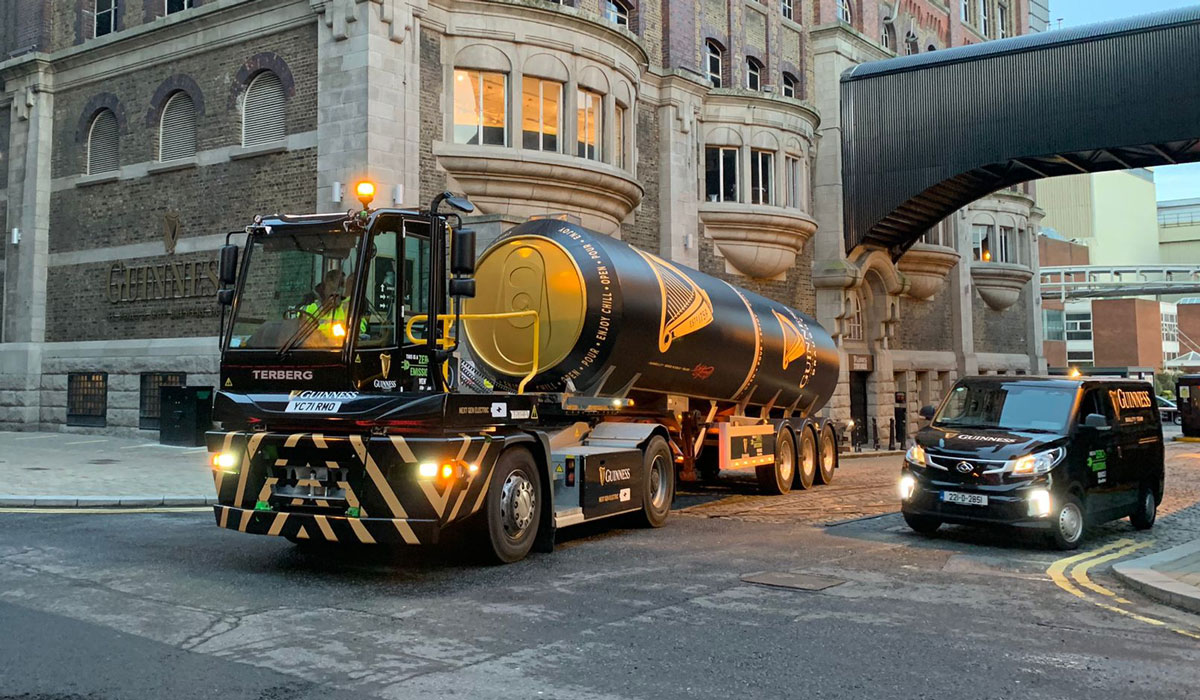 Terberg is proud to support Guinness and its Never Settle Zero Emissions Plan with the all-electric Terberg YT203EV. The ambition is for 70% of the vehicle fleet to be zero emission by the end of 2025, and 100% by the end of the decade.

Guinness already operates a zero emission Terberg tractor at their brewery. This is also being used in a trial to transport beer in Guinness tankers from St James’s Gate to Dublin Port, to decide if it can be used to transport heavy goods beyond the brewery.

One of the great advantages of the electric Terberg is that it is allowed to drive through the city centre on its route to the port. A diesel tractor would have to make a large detour around the city.

Later this year Guinness will be adding four zero emission Terberg yard tractors to the fleet. These will be used in a separate trial to deliver beer kegs to the hospitality trade in Dublin City, with an ambition to extend further.